A Greater Snake Than the One in Hand – Serpent Handling, scripture and the narrow path of union 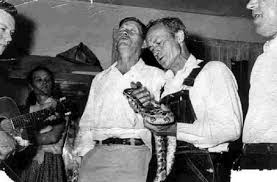 “And I, brethren, could not speak unto you as unto spiritual, but as unto carnal, even as unto babes in Christ. I have fed you with milk, and not with meat: for hitherto ye were not able to bear it, neither yet now are ye able. For ye are yet carnal: for whereas there is among you envying, and strife, and divisions, are ye not carnal, and walk as men?”

“Now, O Father, thou hast put me to silence for ever and all my former thoughts have quite left and forsaken me, for I see the greatness, and shape of all things here below, and nothing but falsehood in them all.”

The extremity of the serpent handling practices of some Holiness congregations has been the cause for dismay amongst judicial representatives of both the state and religious orthodoxy. These practices represent not only the literal interpretation of certain scriptures, but also the solidification of these scriptures in physical practices that prove the scripture through the successful completion of ritual.

“In order to achieve the ignification of the astral light, namely the transformation of fluid mercury (spirit) into manifested mercury (spirit), some chains use forms of violence (e.g. dervishes, flagellants), while others employ orgiastic forms, or a  combination of both…In Saudi Arabia, in order to reach a certain degree of exaltation and supreme fixation, at the center of chains that are prepared with a crescendo of progressive rhythms and movements of the head and torso, the fluidic vertigo is taken on and dominated by an action of the Head of the chain, who, in a state of absolute lucidity, pierces the his body with a sword. Since he is in a state of magical equilibrium, it leaves him unscathed, and shows no signs of entry wounds or blood.“

– Introduction to Magic, UR Group

Disapproval from secular authorities is quite understandable. Since they don’t believe in the ritual in the first place, all of this seems like a lot of nonsense that could get someone killed. Religious disapproval is often based on similar grounds. Contemporary religion is, for a good portion of  its adherents, no more than mythically oriented ethics and self affirmation, secular thought dressed in divine clothes to beef up its authority. When people start picking up snakes and drinking strychnine to prove the power of the Spirit things become a bit too real for those who are more comfortable hearing sports metaphors used to describe Sacred teachings.

Not all of the members of the snake handling congregations take up serpents, it is only done as the Spirit calls and marks proof of the Baptism of the Holy Ghost. However, proof is not the only outcome of this practice, traditionally the purpose of asceticism has always been unification with the Divine, and with unification comes participation in the power of the Divine as well. In Holiness congregations this comes in the form of prophecy, healing and successful prayers.

Most Protestant critiques start with “do not tempt the Lord thy God” (Matthew 4:7) as their refutation of choice for such practices. Such critiques based on seeing things in terms of hubris miss the opportunity for a deeper understanding.

This split between the physical and mental expressions of belief are common in all religions and philosophies. Pierre Hadot, a classical scholar who studied the ‘spiritual exercises’ of the philosophical tradition, sees this as an inherent problem with the Western world. The gradual shift from philosophy as a way of life to philosophy as a means of discourse has left us with a crippled tradition. Radical practices such as serpent handling present the opposing pole of this split between physical practice and mental abstraction. They are physical demonstrations of Metaphysical truths that often lack the deeper understanding that move these truths to a higher level.

As impressive as they are, these practices remain in the carnal realm, they are the milk that Paul talks about in light of the meat of further Faith leading to absorption in Gnosis. When Protestant critiques use something like Matthew 4:7 to dispute the validity of snake handling they merely flip the pole back to the discursive and deny the validity of the Signs (prophecy, healing, and answered prayers) which are clearly present to the snake handlers. This dance between opposing poles continues to conflate the problem, keeping things at the carnal level, without ever coming to a point where both sides meet in the middle and move up the Ladder to a higher realization.

“Behold, I give unto you power to tread on serpents and scorpions, and over all the power of the enemy: and nothing shall by any means hurt you.

Notwithstanding in this rejoice not, that the spirits are subject unto you; but rather rejoice, because your names are written in heaven.”

This verse does not deny the power demonstrated in something like snake handling, in fact it gives it even greater credence, however it ends in an active admonishment that moves the understanding to a higher level. To rejoice is an activity, the active power over Death is given validity, but the disciples are given the further charge to accept with humility the physical signs of their Faith in light of the greater gift of participation in the Divine.

Shaykh Ahmed al-Alawi presents a similar (and topical) reconciliation in a recollection recorded in Martin Lings’ A Sufi Saint in the 20th Century.

“My first leaning [in the direction of Sufism] was marked by my attachment to one of the masters of the ‘Isawi Tariqa who impressed me by his unworldliness and evident piety. I made every effort to comply with the requisites of that order [known for its practice of wonderworking], and this came quite easily to me on account of my youth and the instinctive attraction for wonders and marvels which is a part of human nature. I became proficient in these practices, and was well thought of by the men of the order, and I believed in my ignorance that what we did was purely and simply a means of drawing nearer to God. One day when God willed that I should be inspired by the truth we were at one of our gatherings and I looked up and saw a paper that was on one of the walls of the house we were in, and my eye lit on a saying that was traced back to the Prophet. What I learned from it caused me to give up what I had been doing in the way of working wonders, and I determined to limit myself in that order to the litanies and invocations and recitations of the Quran. From that time I began to extricate myself and make excuses to my brethren until I finally gave up those other practices altogether. I wanted to drag the entire brotherhood away from them also, but that was not easy. As for myself I broke away as I had intended, and only retained from that contact the practice of snake-charming. I continued to charm snakes by myself or with some of my friends until I met Skaikh Sidi Muhammad al-Buzidi….

One day, when he was with us in our shop, the Shaikh said to me: “I have heard that you can charm snakes, and that you are not afraid of being bitten.” I admitted this. Then he said: “Can you bring me one now and charm it here in front of us?” I said that I could, and going outside the town, I searched for half the day, but only found a small one, about
half an arm’s length. This I brought back and putting it front of me, I began to handle it according to my custom, as he sat and watched me. “Could you charm a bigger snake than this?” he asked. I replied that the size made no difference to me. Then he said, “I will show you one that is bigger than this and far more venomous, and if you can take hold of it you are a real sage.” I asked 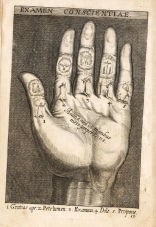 him to show me where it was and he said: “I mean your soul which is between the two sides of your body. Its poison is more deadly than a snake’s, and if you can take hold if it and do what you please with it, you are, as I have said, a sage indeed.” Then he said: “Go and do with that little snake whatever you usually do with them, and never go back to such practices again.”

This is a very pointed example due to the fact that it comes from Sufism where Quranic authority is usually relied on to dispute unorthodox practices, yet here again we find an active reconciliation that goes beyond verbal or doctrinal refutation. Skaikh Sidi Muhammad al-Buzidi redirects the active energy that Shaykh Ahmed al-Alawi was putting into a physical manifestation of his devotion into a higher level of practice.

Discursive arguments lend themselves to the possibility of misinterpretation, however activity is proven by results. The end to which the action lead to are the measure of their worth.  In our devotion we can either take on the snake in hand, or the snake in Spirit, either way Death will prove the results.

Note: Thanks to Charles Upton of Sophia Perennis for pointing me to the passage in Martin Lings’ A Sufi Saint in the 20th Century, and to Bibliodyssey for the illustration from Ignatius of Loyola’s Spiritual Exercises.

See also: Of Snakes & Sufis for more analysis of the serpent handling holiness tradition – Click Here for the article.