Remote Viewing, Reality, and the Human Condition: Reflections on a Weekend with Russell Targ

There is no other discipline that I know which engages at the same time a person’s critical faculties and his imagination and then stretches them both to a comparable extent.

– John Beloff, “The Study of the Paranormal as an Educative Experience”

On the campus of Duke University in Durham, North Carolina, the United States’ longest running parapsychology research laboratory is hidden behind a humble facade. This is fitting for a research institute that delves into the very root of our experience of consciousness: that hidden realm lying beneath our own humble human facades.

Founded in the 1930′s by psychologist J. B. Rhine, the Rhine Research Center, as it is now called, has been at the forefront of research into anomalous human experience for more than seven decades.  It continues today as one of the most active and publicly engaged parapsychological research groups in the world, and the friendly folks at the Rhine are more than happy to share that experience with anyone who is honestly inquisitive about their work.

On October 19th and 20th, 2012 I attended a two-day seminar that was hosted by the Rhine Research Center and presented by Russell Targ, co-founder of Stanford Research Institute‘s Remote Viewing program, which has become famous for providing training to the U.S. military’s so-called “psychic spy” initiative. As John Kruth, Executive Director for the Rhine, pointed out, the training given to those that attended the recent seminar at the Rhine (including myself) was the same training provided to the original SRI group.

Targ himself was the monitor on many, if not most, of the Remote Viewing sessions conducted by SRI, making this a rare opportunity to experience something that has become central to the contemporary American mythos. With a quiet, serious demeanor, he clearly displays the long years spent as a physicist working on developing laser systems for aerospace companies such as Lockheed Martin, from which he retired in 1997. Targ has been studying lasers, as he puts it in his autobiography, Do You See What I See: Lasers and Love, ESP and the CIA, and the Meaning of Life, since before there were lasers to be studied, and he applies the focus of a scientist seasoned in the cut-throat world of high level research and development to his studies of anomalous perception, where  his specialty is ESP. There is a slight irony in the fact that what he was able to do in developing laser guidance systems in the aerospace industry, he was also able to do in developing a laser focused technique for cultivating and applying accurate psychic intuition.

On the seminar’s first night, Targ presented a talk on his latest book, The Reality of ESP: A Physicist’s Proof of Psychic Abilities, which provides an in-depth overview of his experience in the field. If you watch the above clip, which shows archival footage of Targ working with New York Times photographer and remote viewer Hella Hammid, you will get a sense of the basics of the field. However, what is most striking and significant about Targ’s recent work is that it comes at a time when most of the information on the former RV project has now been declassified, and so we can see the contrast between what was publicly stated then and what he can publicly state today.

In 1983 his work was still under the censorship of the intelligence agencies that funded it, and so the tone of this film downplays the significant successes the program had throughout its tenure. Looking back on some of the material published in the Parapsychology Foundation’s Parapsychology Review, the THETA Journal distributed by the Psychical Research Foundation, and other literature from the field you can see some of the inklings of this success in the positive tenure of the discussions presented there.   But in Targ’s latest book, he details results that go far beyond the modest successes and experiments that have been highlighted in most of the previous media surrounding the Remote Viewing phenomena.

Things don’t have names intrinsically, we give them names.

Although much of this new information was mentioned anecdotally in previous publications, including articles on and interviews with various individuals involved in the studies, with The Reality of ESP Targ has taken the opportunity afforded by increased declassification to organize and assemble the material into a concise compendium. This allows us to gain a more clarified view into how extensive the program really was, and how insights from it have been applied in very practical ways. As he joked to the audience during the weekend seminar at the Rhine, psychic functioning can be used to find lost car keys or a parking space in the city, to guide your investment portfolio, or to gain insight into the boundless depths of consciousness that lie hidden beneath our self-perpetuating personal and social narratives.

One of the funnier moments of the evening came when someone asked about the difference between Remote Viewing and out-of-body experiences. Without pausing, Targ brought up the example of Aleister Crowley’s “astral” experiments and talked about how the sexual dynamic of these experiences points to the more embodied consciousness that is attained through OOBE. I’m not sure that some of the folks in the audience were ready for such a direct response to the question, and I admit that when I originally read Crowley mentioned in The Reality of ESP, I, too, was surprised at such a forthright example.

Later when I sat with Targ and Kruth after the event I asked him about these more obscure influences on his work. He was very open about how the SRI project utilized whatever material was at hand, and some of this came from previous experiments in practical psychism, such as those conducted by members of the Theosophical Society, and figures such as Aleister Crowley, which normally are considered to fall under the category of the ‘occult.’

People often complain that if psi were real, then people would be making money from it. Well, does $120,000 on the silver market strike you as evidence? This was reported in The Wall Street Journal back in the early 1980s in conjunction with Targ’s work, but a subsequent experiment conducted under different protocols failed to return the same results leading to critics claiming that the initial success was simply a fluke.

As explained by Targ, these different protocols went against the experimental findings about how Remote Viewing actually works, and based on previous experiments it was clear there was a chance for failure. The change was actually suggested by the investor, who wanted to see if they could increase the yield, and not by Targ and his associates who were conducting the RV sessions to gauge the market. What critics fail to recount is that this procedure has been used by other parapsychologists, including Hal Putoff, Targ’s colleague at SRI, with similar success.

Quiet your mind, and describe the surprising pictures that appear in your awareness.

Although this may sound like an attempt at making an excuse, those of us who attended last weekend’s seminar were able to witness and experience the reality of how changes in protocol can drastically change results when, on the second day, Targ’s presentation turned to practical training in Remote Viewing and intuitive medical diagnosis. While it is fascinating and inspiring to hear someone like Russell Targ explain such experiments, along with the implications and insights that have come from his research, it all really doesn’t sink in until you personally see it in effect. This is especially relevant in something like Remote Viewing, where the field has grown many strange flowers since being put to pasture by official sponsors. The simplicity of Targ’s approach, which, again is the original technique used by SRI to develop RV and train the first Remote Viewers, is quite different from many of the proprietary techniques that have now been developed by some of the other SRI alumni.

While these other protocols were designed to eliminate elements of doubt in the results through scientific methodology, Targ’s technique relies on a direct meditative technique that has parallels in the Dharmic traditions. I can see how those who are accustomed to more complex procedures would be more comfortable with the safeguards and processes involved in the more heavily structured protocols, but from the results that I witnessed at the seminar, I think there is no doubt that Targ’s technique is equally as effective, and that it requires less imposition. In fact, the core of his teaching is based on stripping away mental noise, including complicated procedures for recording results.

One of the interesting things that occurred at the seminar came when some of the participants went so far as to rely on precognitive intuitions and draw targets prior to the RV training session. The accuracy of some of the results was very surprising. Although Targ stressed that the setting was obviously not scientifically sound, these kinds of direct experiences help to accommodate a better understanding of the controlled experiments done under more rigorous conditions.

Give up your desire to name the object in the box.

In The Reality of ESP Targ brings up the idea of transmission, which expresses the intimate relationship that exists between ideas and the reality they seek to express. He says that rather than interpreting this to mean that ideas are concrete, we should consider how the insubstantial nature of ideation may tell us a lot about the nature of reality itself beyond our predilection to look for solidity in the things around us.

This is something that has been lost in the critical milieu of contemporary culture, but it is a central component of many esoteric practices. As presented in the book and in Targ’s seminar, it represents the idea that the radical simplicity of mind required to do accurate RV is no different than the radical simplicity of mind attained at the heights of meditation. With a growing number of studies showing the positive effects of meditative practice, this additional insight into efficacy allows us to explore our consciousness in new and expansive ways. 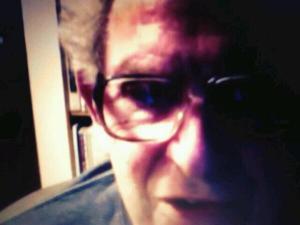 Another meaning behind the idea of transmission is that learning these things requires active engagement, and is best experienced by directly meeting with a teacher. Beyond the actual research they conduct, an important role that the Rhine Research Center has assumed is that of facilitating these opportunities for people to learn from those directly engaged in such research.

Many experiences that we call anomalous are actually intrinsic to the human condition. These are things that our culture has occluded because of a dominant worldview that simply doesn’t include or account for them. To learn them is to come back to ourselves. Targ said of his teaching, “My role is to tell you it’s ok.” Beneath this simple statement is a key to accessing these taboo areas of the mind, despite what you’ve been told – it’s ok to have personal experiences that go beyond the mediated stereotypes we’ve been given by society – in fact it is necessary.

Note: This article originally appeared at The Teeming Brain